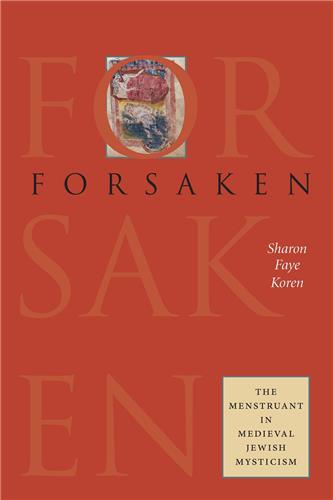 Purchase Book
Overview
This book addresses a central question in the study of Jewish mysticism in the medieval and early modern periods: why are there no known female mystics in medieval Judaism, unlike contemporaneous movements in Christianity and Islam? Sharon Faye Koren demonstrates that the male rejection of female mystical aspirations is based in deeply rooted attitudes toward corporeality and ritual purity. In particular, medieval Jewish male mystics increasingly emphasized that the changing states of the female body between ritual purity and impurity disqualified women from the quest for mystical connection with God. Offering a provocative look at premodern rabbinical views of the female body and their ramifications for women’s spiritual development, Koren compares Jewish views with medieval Christian and Muslim views of both female menstruation and the possibility of female mystical experience.
Press Materials (0)

Bringing Down the Temple House

Expanding the Palace of Torah